Alpaca ownership can be for both pleasure and profit. If you are looking for alternative livestock that involves no slaughter, utilises small or uneconomic pasture acreage, is hardy, requires minimal daily attention and yet provides a valuable and luxurious fibre crop then the alpaca will surprise and delight.

Domestication of the alpaca began some five thousand years ago and with the llama it became an important part of the economy of the Andean people providing clothing, food and transport, with the dried dung used as fuel. The Inca empire was remarkably successful in further refining the alpaca through rigidly controlled breeding programmes and, according to archaeologists, the Inca alpaca herds had a fibre quality that is still not consistently achieved to this day.

The invasion by the Spanish in the 16th century saw the introduction of European livestock, mainly Merino sheep, and the once highly organised alpaca herds were decimated and those remaining pushed to the higher elevations on the altiplano of the Andes (4000-5000m). Here the alpaca was forced to adapt to the sparse vegetation, the extremes of temperature and was free to breed without human selection.

The following years of Agrarian Land Reform followed by the era of large herds run by the traditional pastoralists and then the terrorism in the 1980’s, made the organisation of breeding stations difficult. Nevertheless in the alpaca areas of southern Peru there remained a few large and well organised farms intent on reinstating controlled husbandry. These breeding programmes coupled with government funded research meant that selective bloodlines began to appear again.

During the mid 19th century the English textile merchant Sir Titus Salt discovered the qualities of alpaca fibre. Queen Victoria wore dresses made of alpaca cloth and did much to promote the qualities of the fibre. An alpaca coat was a ‘must have’ for every gentleman and many of these were passed down to later generations and are in use today. His mill and Saltaire, the model village built for his workers, is a world heritage site.

Worldwide the alpaca population is estimated to be three million, with the majority in the South American regions of Peru, Chile and Bolivia. Today the alpaca is farmed not only in South America, but also in Europe, North America, Canada, Australia and New Zealand. The North American terrorities are estimated to have close to 150,000 animals with Australia having a similar number. In the UK current estimates are around 25,000.

There are two types of alpaca being bred for fibre, the Huacaya and the Suri.

The Suri has a highly lustrous fine fibre with no crimp that hangs down from the body in long pencil like locks whose fleece is mainly used for woven cloth. Although Suri numbers are rising due to the efforts of some breeders, they are in the minority. 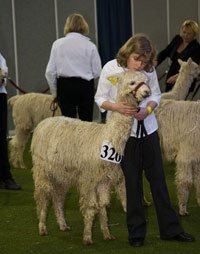 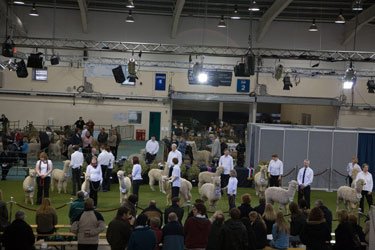 The more common breed of alpaca is the hardy Huacaya whose soft and dense fibre has crimp, brightness and insulating properties much sought after by the textile business. 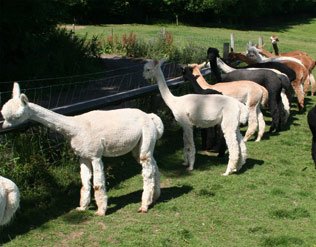 Alpacas are not cheap to purchase but economic to ‘run’. Breeding females cost in the range of £3000 – £10,000 dependent on age and absolute quality. This price includes a confirmed pregnancy, veterinary health certificate and delivery. Geldings will cost in the range of £300 – £750. Stud males can cost anything from £6,000 to £50,000, again depending on their quality and the quality of the progeny they sire. The exact number of animals and the mix of male to female will depend entirely on your aims and requirements.

The costs associated with each animal are typically:

There are many ways of making a return from an alpaca herd. Some breeders use them as a visitor attraction in their tourist businesses, other find they enhance their bed and breakfast or holiday cottage ventures. Some run shops selling alpaca garments, others produce finished product from their fleeces and sell them online. The sale of male and female alpacas is the major return for many breeders who sell their animals in the UK and export to Europe .

Alpaca numbers in the UK are currently small at around twenty five thousand. There is no doubt that alpaca farming will remain a bloodstock breeding based industry for many years to come while animal numbers increase, bringing profit to careful breeders. Fibre sales will make a contribution to the profit as fibre volumes rise with the £/kg return to the growers, reflecting the added value attributed to the raw fibre by commercial processing into finished goods.

We would emphasise the following in support of the future: